Yep, twenty years! Life suddenly seems very long, doesn't it? Since then, we've seen two commercial companies bring this weird thing called the world wide web to the forefront and battle to the death for market share. Then, the loser just happened to be absorbed into a conglomerate alongside Warner Bros. Funny how all these things are connected, isn't it?

Update: A drawing to celebrate: 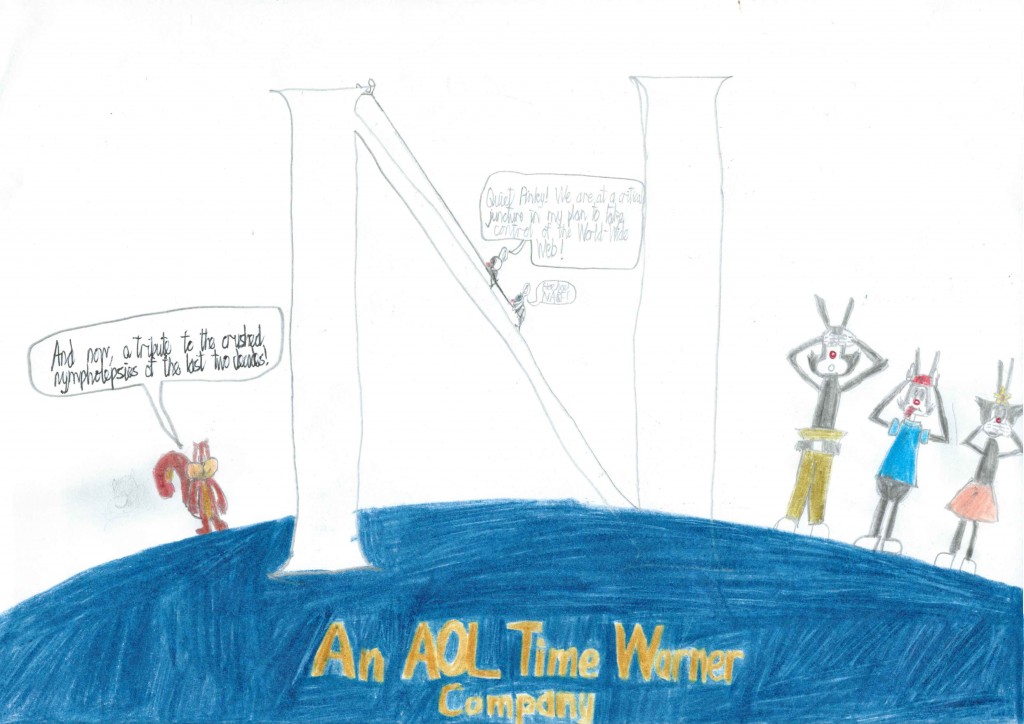